How to Deal with Life's "False Positives" 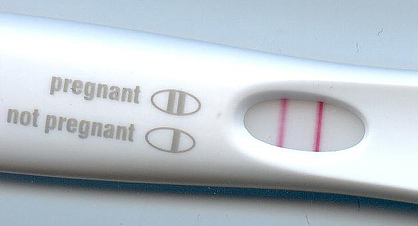 For many years I’ve studied the theology of God’s will, and yet I can’t say that it’s always easy for me to discern how God is speaking.

Right now my family and I are in the midst of a major transition.  After 21 years, I left my post as Director of YWAM Minneapolis, and I’m now hoping to find a job teaching at a university.  Some of you may know that this is a hard task.  There are way more qualified teachers in the world than there are job vacancies. As a result, every position that comes up (in my field) gets between 50 – 200 applicants.  These will all be highly qualified candidates: PhDs, book publications, university experience, you name it.  On the surface, one would ask: Why even bother?  To be sure, a lot of applicants do eventually give up and find jobs in other areas.

In my case, I’ve applied to about 25 different schools, and (at the present time) I have 23 rejection emails in my folder. This is frustrating because each application requires several hours of work.  But perhaps the hardest part is the “false positive.”  In lab tests, sometimes a test result comes back as positive, when further tests reveal that the condition is actually negative.  Interestingly, the Bible actually utilizes a similar metaphor on different occasions.  Isaiah 26:17-18, for example,  describes a woman who had all the signs of pregnancy. She looked like she had a baby inside, she started to have contractions, she felt the pain of childbirth – but then when the moment came to deliver, there was nothing there.

I’ve had this feeling myself.  In the process of applying to different schools, we’ve had some close calls and other indications that "this must be God."  At one school, I was given interviews for three different positions.  As I received positive feedback from the people on the committees, and had more interviews with higher level leaders – both Kim and I were becoming pretty sure that this would be it.  We started looking at housing options and churches, and Kim started researching schools.  My in-laws started researching where they could stay when they visited. And to be honest, I felt like the Lord was saying that this is where we would be. But we were wrong. Suddenly and unceremoniously, after months of waiting for an answer – I received a brief email saying that the university had “moved on with other candidates.”

So we need to ask: What is God’s purpose in sending false positives?  Why would he send signs that lead us to think this is it, when it’s really not?  The answer is that God sometimes wants to test what is in our hearts- to see if we trust him. In my experience, I’m finding that the “false positives “ are pushing me to deeper levels of broken-ness and dependence.  I’m recognizing that I am not in control of events.  I have released to God the prerogative of writing the Clark family narrative.

But this I do know: when the real thing comes, like Elijah I may have to cover my face.  God is going to reveal his presence and his power in a beautiful way.

So if you’re waiting on God, I encourage you to press on.  “False positives” are hard. They test our faith in God to the very core.  But don’t give up.  Keep waiting, and that moment will come when you too will have to cover your face.