Don’t Lose Hope: A message of encouragement from Haggai 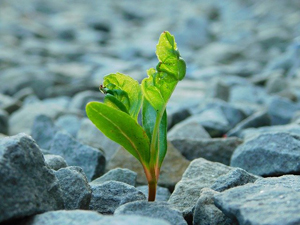 Sometimes we go one step forward and then two steps backwards. At least this is the way a group of described in the Bible certainly must have felt.

The story began with a series of attacks and deportations carried out by king Nebuchadnezzar of Babylon, eventually leading to the destruction of Jerusalem and the beautiful Temple Solomon had built.[1] For 70 years, thousands of Judeans languished as exiles, until there came a sign of hope in the year 535 BCE. King Cyrus of Persia issued a decree, granting permission for their return.[2] Jubilantly they came home and set their hands to rebuilding the fallen temple. But little did they know that the restoration of life as normal would be no easy task. The foundation was laid, the walls were getting higher, but then a setback came. Consequent to a series of political intrigues, they were ordered to cease construction.[3]

It was precisely at this time that the prophet Haggai came onto the scene.[4] Think of him as the prophet for times of setback. It was through his preaching and encouragement that the people of Jerusalem found hope. They found the strength to press through the obstacles and finish the job. There could be no return to normal without a temple. And thus, the reconstruction of this edifice represented the rebuilding of their own lives.

So what was Haggai’s secret sauce? What was it in his message that brought so much encouragement to the people?

I think the answer is to be found in Haggai 2:1-9. The overarching theme here is the idea of shaking the heavens and the earth. When times of shaking come, many things may be lost. Haggai called his listeners to look upon the ruins of the temple, for instance:

Who among you remembers what this place looked like before? Do you remember its magnificence, its glory? Isn’t it now as nothing in your eyes?   Buildings will fall, material wealth can be lost. All these things can be shaken.

But Haggai then challenged his listeners to consider those things which they could never lose:

I am with you according to the covenant I made with you.

My Spirit remains in your midst.

The silver is mine and the gold is mine. I am your provider.

It was only when the Judeans learned to discern between that which they could lose, and that which could never be taken from them, did they find the strength to carry on.

Hundreds of years later, the author of the book of Hebrews would return to this same message as he tried to encourage his downcast readers. Citing Haggai 2, he explained that sometimes they too would experience “the removal of things of things that are shaken - that is the things that have been made – in order that the things that cannot be shaken may remain” (Heb 12:27)

And now in our own time, perhaps these words will also be of encouragement to us. Here in England we have experienced tremendous loss of life and livelihood. We had hoped that by this time, things would be getting back to normal. And yet it now seems that we’re only moving backwards into another time of lockdown. We are all painfully aware of those things that can be shaken.

The prophet Haggai calls us to focus our attention not upon the ephemeral, but on the eternal. He challenges us to let go of our fears and anxieties to behold those things that - coming from the hand of God - can never be taken from us.