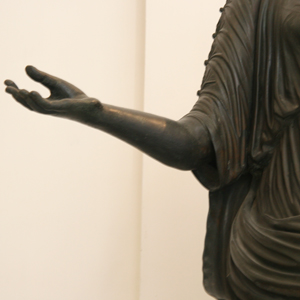 In the opening series of posts, we kept coming back to a radical idea: that prayer is somehow needed in order for God’s good purposes to be accomplished on the earth.

Some people may have a hard time digesting this idea. We like to think of prayer as communion with God, which it is.  We think of prayer as a way of aligning our hearts with God’s will, which it is.  But few of us want to be pressured by the idea that prayer is somehow necessary for God to work.  We tend to resist the notion that that His activity in our lives and in the world depends on us.  We prefer to think, rather, that God will accomplish his purposes with or without our prayers.

We’ve looked at a quote from Tertullian where he explains so clearly why things are the way they are. He said: “when evil afterwards broke out, and the goodness of God began now to have an adversary to contend against, God’s justice also acquired another function, even that of directing His goodness according to men’s application for it.” (ANF 3,  307) In other words, prior to Adams’s sin in the garden, there was no hindrance to the accomplishment of God’s purposes on earth. God, humanity, and all of Creation lived in perfect harmony.  Prayer wasn’t necessary at that time.  But once sin occurred, a separation occurred. Satan and the evil intent of the human heart became adversaries to God.  He was still able to accomplish his good purposes on earth, but now women and men would have to make “application” for his help.  That is, we must actively fight against the forces of evil and ask God to intervene on our behalf.

What I like about Tertullian’s perspective is that he sees the “big picture”, the metanarrative of human history. In the Scriptures, a long story can be discerned that describes God’s relationship with his Creation.  It entails an original state of unity, a disruption, and a plan of restoration.  Understanding this metanarrative is essential to our understanding of prayer.  In this next series of posts we will walk through the Bible, looking at the key passages that give shape to this story.