So How Much Authority does the Devil Have? 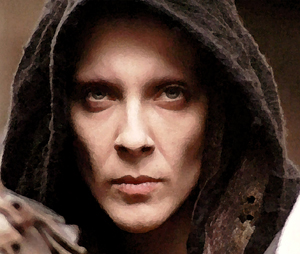 It was as a young missionary in Mexico that I had my first serious encounter with the spiritual world. It can be quite shocking to pray for a demonized person: to hear the deep growling and hideous taunts, to restrain the violent physical convulsions.  I was awoken to a new reality, and through these experiences I realized that I needed to learn more about the spiritual realm.

Unfortunately, much of the literature on demonization is a bit sensationalized. As I began to read, I learned about Satanists who could fly, transport themselves, and even become werewolves. I read about all kinds of personality disorders and psychological issues that are actually signs of demonic possession. And I learned about the pending global dominion of the Antichrist, discovering that seemingly innocent things such as the UPC symbol and holograms were in fact pre-cursors to the mark of the beast.   I remember being absolutely overwhelmed by the power of Satan on the earth.  He seemed to be in control of everyone and everything.

It took many years for me to disentangle the realities of the spiritual realm from the sensational paranoia that I almost embraced. I think my perspective today is a bit more balanced.  I don’t see demons everywhere. But I still do recognize that Satan is a very real, and very powerful being.

When we pray the Lord's Prayer, we say: "deliver us from evil."  The word poneros can be translated as a generic evil,  or as the "evil one," i.e. the Devil.  The implication in the Greek is that Chirstians are experiencing active oppostion, from which they are asking to be delivered, saved or rescued (puomai). Consequently, I think "deliver us from the evil one" is a more accurate translation.  Jesus thus taught that we will constantly deal with oppostition from the evil one, and therefore need to daily pray for protection from him.

In Jn 12:31 Jesus referred to Satan as “the ruler of this world.” When they confronted one another in the wilderness, Satan showed Jesus the kingdoms of the world and said: “all this authority and their glory. . .  has been delivered to me.” (Lk 4:6)  Jesus did not dispute this claim.  And in the book of Ephesians, Paul describes Satan as “the prince of the power of the air, the spirit that is now at work in the sons of disobedience.” (2:2)

So to answer the question: How much authority does the Devil have?  The answer is: a lot.

But have you ever wondered how he got to be so powerful in the first place? It certainly wasn’t God who crowned him as prince of this world.  In the original order of creation, Satan had no role, no authority and no power.  Woman and man were actually put in charge of this place.  We must therefore conclude that the only authority Satan received on earth was that which Adam and Eve handed over to him when they sinned.

Think about that. All of the authority that Satan has ever had in the physical and spiritual realms once belonged to us.

In the next post, we’ll look more in detail at what Adam and Eve were actually given.