God Destroys those who Destroy the Earth 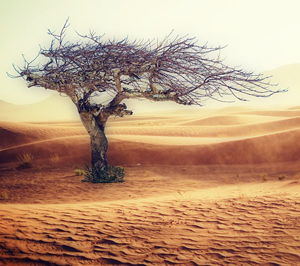 Global warming is a subject that tends to divide Evangelical Christians.  Some of us accept the scientific studies that make a link between human activity and climate change, while others tend to doubt.  Whatever our differences may be, I think we all agree that a time is coming when we will have to give account for the lives that we have lived. And among the deeds that God will bring under scrutiny is the way we’ve treated the environment.  Revelation 11:18 says that God comes to reward those who have honored his name, and to “destroy those who have destroyed the earth.”  The Bible thus predicts that in the last days, human beings will be wreaking horrendous damage upon God’s creation.  God’s threat to “destroy” those who abuse the earth gives a good indication of how angry he is over this issue.

Psalm 8 is a passage that has some very important things to say about the relationship between humanity and the physical creation.  Echoing the creation story of Gen 1, the author says in vs 6:  “You have given him dominion over the works of your hands; you have put all things under his feet.”  The idea of “dominion” (Hebrew moshel) and having all things “under our feet” is that we are called to exercise a role of leadership among all the living things that God has created.

Leadership is not subjugation and it is not exploitation.  Jesus taught that leaders should be servants, who seek the highest good of all that is placed under their care.

God loves the world he has created.  He put his treasured possession under our care, and commissioned us to treat it well.  We can argue about modern scientific research, but in the end we all know that the Creation is sick.  What some of us may not have realized is that God will hold us accountable for addressing this problem.  We don’t want to be destroyed by God for our role in destroying the earth he created.  Rather, we want to be part of his plan to make all things new.

In the next post, we’ll go back to Psalm 8 and further discuss God’s original purpose for humanity as we work through a massive scandal in biblical translation.