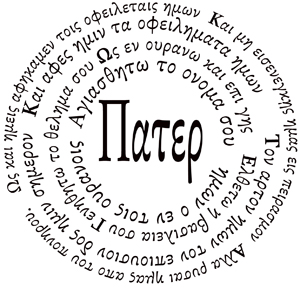 People have a lot of questions about prayer.

Why does God even need our prayers if He has all things under control?

For whose benefit is prayer? Is it for us, or is it for Him?

If God has already planned ahead of time everything that He’s going to do, can prayer change His course of action?

How should we pray?

The purpose of this site of this is to explore how Christians throughout history have addressed these, and many other questions about prayer.

Our openning series of discussions will focus on the idea of efficacy, that is: what it is that prayer actually does. I begin by presenting a view that differs significantly from my own:

A very intelligent and highly-regarded theologian has said that prayer is “a means of human perception of, and thus participation in, what God is doing.”  He notes that “God enlists human prayer in the outworking of his plan, but the efficacy of prayer is not determined by anything which the prayer brings, except agreement with the will of God.”

In this line of thought, believers participate in the outworking of God’s plan primarily through perceiving what God is doing, and aligning their hearts to His work. Casually stated: God’s going to do what God’s going to do, but He wants us to know what He’s doing, and He wants us to on board with Him as He does it. Our prayers do not influence God, or sway Him in any way.  Prayer cannot add nor subtract from His pre-determined activities. Rather, prayer is mostly for us.

My own (alternative) view is that prayer affects God.  This is to say that God might reconsider His plans, change his attitude, or take action in some way as a result of our prayers.  In this line of thought, God is able, in some resepcts, to experience change.

The idea of God changing been the topic of much debate.  Read on to see how different Biblical authors and historical figures have addressed this issue.